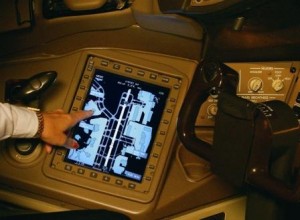 EFB as installed by Boeing in the 777

My airline is currently looking at various options for an Electronic Flight Bag (EFB). Originally meant to come with our spanking new 777-300ER’s, they didn’t – for a variety of timing, manufacturing and political reasons. Thus we have an exceedingly handy clip/chart holder and a neat little cupboard where a hundred thousand dollar EFB should be. Hopefully all the cabling necessary to install an EFB at some point is somewhere behind that cupboard.

Accordingly I’m on my way to Singapore to the Airline & Aerospace MRO & Operations IT Conference which is featuring a variety of EFB solutions. As well as a plethora of vendors touting their wares, we’ll hear a couple of airlines speak about their implementations, notable among them Cathay Pacific. Despite the obvious cost saving, flight safety and business process efficiency cases that can be made in favour of EFB on the flight deck, most low cost airlines have been slow to embrace the technology, instead looking at deploying it primarily in the cabin and potentially spilling it forwards through the flight deck door as if by accident. H shouldn’t think our airline won’t be any different in this regard.

The original hardware paradigm for the EFB was manufacturer specified, part of the aircraft and of course, incredibly expensive. Whether limited by the hardware selection or the certification process, EFB in this form has in fact been quite limited in the software it could run, often restricted to Charts, Manuals and Performance Calculation – strictly flight deck centric activities. Enabling the various communications and reporting tools now expected by today’s airlines never seemed to be a priority for the major manufacturers. 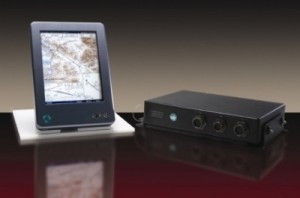 The GEN-X replacement for Manufacturer EFB

Following this has been a move towards airliner specific tablets (see the GenX device) which while far more cost effective and intriguing from a flight deck use point of view, are still aimed squarely at the flight deck and therefore missing the point as far as today’s growing low cost carriers are concerned. Tablet devices built specifically for aviation use fail to benefit from the accelerated hardware and software development that accompanies wider use consumer devices such as the iPad, or the coming Android tablets. That said, anything to be used on the flight deck comes with a significant regulatory and certification requirement, which can be prohibitive for a consumer device. Devices such as the GenX typically come with STC’s and other type specific approvals that can make line introduction far simpler than the alternatives.

EFB software has developed since the initial implementation of electronic access to airport and en-route charts. The movement away from the limited Linux and compromised Windows implementations (often both running on the same device in separate partitions) with third party software restrictions hasn’t exactly been a move to an open platform, but through the insistence of a few airlines, thick client access to Documentation and Manuals, technical defect reporting for the entire aircraft, linked onboard aircraft systems for the purposes of communication and data transfer and aircraft performance calculation are a few of the flight deck specific applications in use. Aft of the flight deck door there are a variety of customer service and cabin crew task specific activities on tablets, ranging from tactical seating re-allocation, dealing with flight delays and re-scheduling, bar and duty free tracking, and more. As more airlines enable broadband internet onboard, these devices will benefit from subsidised internet access enabling Company communication whether synchronous such as Instant Messaging/eMail or asynchronous Company Reports, Training Forms, etc.

One notable candidate for the consumer tablet EFB crown is UltraMain who are attempting to provide the entire gamut of airline needs from the Cabin through to the Flight Deck. As well as in place cabin apps they have also developed a eReporting module for general data capture use. Will this software have the flexibility to record training data? That’s something I’ll be looking closely at over the next two days.

Personal tablet devices – mainly iPads – are rapidly becoming common on flight decks as flight crew deal today with an ill considered rush towards the electronic implementation of paper manuals used for study and reference. While for the most part, the evidence is anecdotal – the technical competency and procedural awareness of crew in the airline industry has not come through electronic documentation process unscathed. Quick access to documentation – especially a decent search and find feature – is becoming crucial as many airlines have ceased providing any paper documentation to pilots, leaving the few paper manuals onboard unfamiliar to pilots who would have previously been intimate with the printed rules and procedures that define the modern flight deck. The transition of PC to Tablet has come with sacrifices in the interface that can make it difficult finding information – an unacceptable compromise.

As Android tablets begin to proliferate, the strengths and weaknesses of both platforms will be exposed to the airline environment. Apple’s locked down tablets will not lend themselves to airline in house software development with quick development cycles for targeting software development solutions required to undergo approval by Apple, and developed software made available through the internet to the devices. The hardware itself without a card reader or USB port and the software without an accessible file system will seem at once both secure and extremely limiting. Conversely the Android operating system can be locked down through administrator level operating system software, while allowing the freedom of USB, a card reader or Wifi access to a file system. 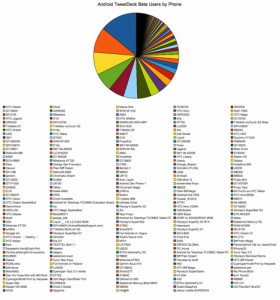 That said, Android is currently suffering from a degree of platform fragmentation the iPad is not exposed to. While much has been made (or over made) of the Android fragmentation issue – in part it’s endemic to the degree of freedom Google has given to hardware manufacturers. While a single hardware manufacturer (iPad) significantly limits choice, forward and backward compatibility is typically guaranteed for at least one hardware development cycle. Developers deploying iPad apps today can probably expect to enjoy distribution on next year’s iPad 2 with little or no modification required – as next years iPad 2 developers can expect their apps to run on this year’s device. While the introduction of iPads into the cabin as IFE devices as much based on availability and a play on public perception of the desirability of the device as suitability, the iPad will continue to make a compelling case as the competitive Android tablets reach the marketplace.

All that said, Google have recently stated that Android fragmentation will be a thing of the past with the release of Android 3.1 (the “Ice Cream Sandwich” release – don’t ask) which will be a common operating system across both Tablets and Smartphones. In fact this won’t solve anything, there will always be legacy hardware that phone manufacturers will refuse to support with the latest release of Android – because they want you to buy a new phone.

Speaking of In Flight Entertainment, I’m sitting in an economy seat on a Singapore Airlines A380, exploring the IFE solution at the moment. While the screen is large, it’s not touch screen (capacitive or otherwise) which reduces interaction to the clumsy, seat attached phone-like device that was so cool in 1996. The picture is dim and washed out, but comes with an RCA video input so if my laptop had a decade old video out port I could watch my personal content on that washed out screen. No idea how I’d hear the audio though.

It has a USB port to connect a thumb drive, although not an external hard drive, even one separately powered through my laptop’s USB port. It can view PDF’s with a clumsy software reader that is streets behind my pocket smart phone, let alone the iPad. I can watch video off the thumb drive, although what format it supports I can’t begin to guess, since it won’t recognise the AVI, MKV, MP4 or M4V files I copied across to my thumb drive. There was a time – say about 2004 – where this technology would have impressed me, but not now. It’s the kind of technology that looks good on paper, but the execution is fatally flawed.

Despite Apple’s head start, Android’s implicit design strengths will make the tablet arena a fascinating place to watch over the next few years. Aviation will bring a unique flavour to this face off, perhaps a microcosm of the battle brewing in the corporate world over the replacement of RIM’s Blackberries. As aviation explores and implements both Android and the iPad in the aircraft, the strengths and weaknesses of both platforms will be exposed. Watch this space.

« P&T Update : Visual Reference at the Minima So what is the Killer EFB App? »