For the last decade or so, I have been working on a document called Boeing 777 Procedures and Techniques. It has it’s genesis in what was originally a Common Errors document based on observations of Pilot/Student actions in the Simulator – but most particularly Instructor/Examiner activity in the Brief/Sim/Debrief as well.

If you would like a copy, please email me at ken.pascoe (AT) gmail.com

Well, it’s been an interesting couple of years …

I’ve stated in the past that I try and release a copy every year, and while the past 12 months have been “quiet” on the 777 front (to say the least) I figured I might as well try and stay on top of the aircraft anyway. There’s not a lot of change to the content (see below). As always there are two versions of the document. One of them is marked “HL” and incorporates highlighted/changed/new content. The second is a pristine version. Both have a change revision section at the end you can head to and click the links to jump to the new/revised content. As I said – I haven’t seen the inside of a 777 (or simulator) since mid 2021, so there’s not a lot there that’s stunningly new as such. 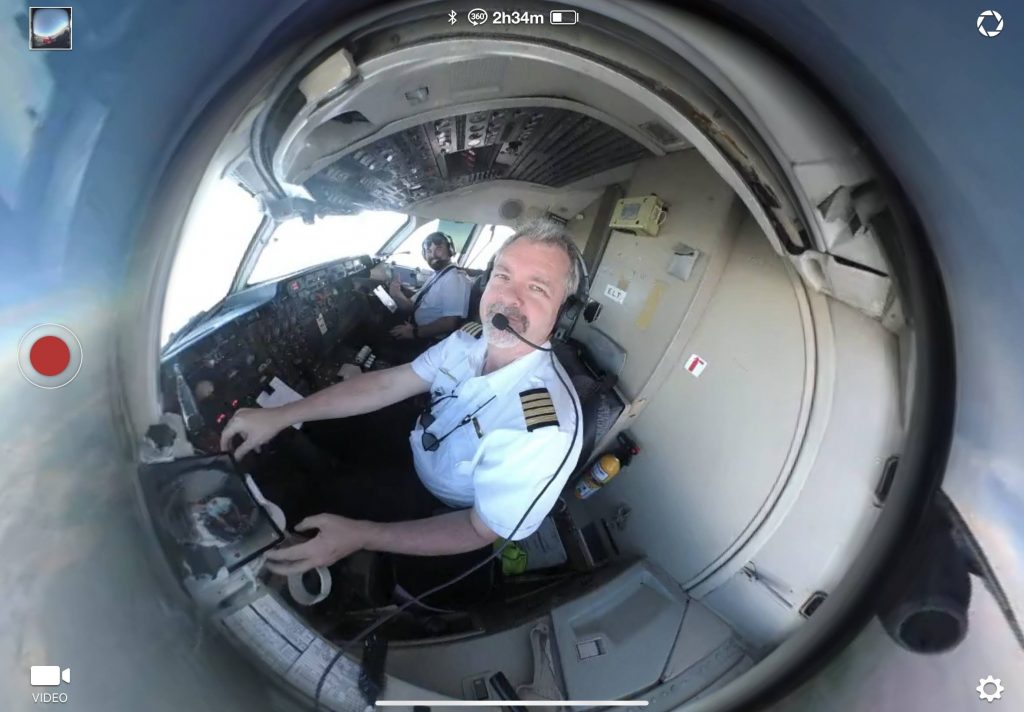 Thanks to COVID, I haven’t had much time in either the simulator or the aircraft over the past 12 months. After being stood down in March I was made redundant in August along with about 600 pilots and nearly 6000 Virgin Australia staff. I’ve been incredibly fortunate to find some night freight work in a BAe146 which has forestalled my return to Uni and a career change after 30 years or so. I can’t image I’ll see the inside of a 777 again or a wide body jet anytime soon. I hope you are doing ok with the aviation devastation that seems to be everywhere, and affecting everyone at wildly different levels.

Changes to the document are encapsulated in a new section at the end, and include the following:

Every now and then I get questions on the document and other aspects of 777 operation and training – sometimes I’m even able to answer them. I’ve started an FAQ (Questions from the Crowd) section in case this information is of use.

The original Procedures and Techniques document started as “Common Errors” and one of four documents I wrote for the Virgin Australia start up 777 operation. Normal Procedures was eventually incorporated into the FCOM.  EICAS/ECL Procedures is now incorporated into Procedures & Techniques. Standard Calls was conceived and written not just as a compendium of the operation’s Standard Calls, but an attempt to document the why behind various standard calls in attempt to increase the understanding of the role Standard Calls play in our operation. I’ve added this last document into the Procedures and Techniques Document as Chapters – Overview, FMA/ASA, PF, PM, Misc, Ground, Cabin and ATC Comms.

Apart from this there are some minor corrections and a new section on Fuel Leak. I suspect this may well be the last issue of B777 Procedures & Techniques. While the BAe146 has certainly been an interesting challenge, I’m not training on the aircraft, so I don’t see much content coming from it anytime soon. 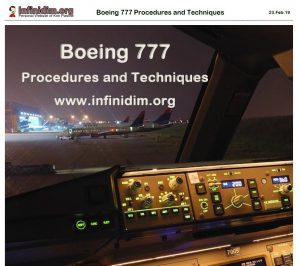 Over the years this document has grown. It’s morphed from a document that purely adds to what Boeing say in the FCOM/FCTM (and elsewhere); to a document that explains what Boeing (likely) intend in the FCOM/FCTM, and how that works in the Simulator and in the Aircraft during Airline Operations. It details and explains Procedures; describes Techniques – but more than this it seeks to raise levels of understanding about why we do certain things the way do – or do not do certain things.

While I wrote it for my Airline, our Instructors, our Pilots – much of the content is universally relevant to all 777 operations – and wider. I’ve been fascinated where it’s turned up. At one point I needed some kind of simulation software on my PC to make training material. I discovered PMDG’s excellent B777-200/300 product and Rockwell Collins excellent Prepar3D. While wandering around the PMDG B777 forum I was fascinated to discover that most of the avid B777 simmers were referring to a 2011 copy of Procedures and Techniques when trying to add real-airline realism to their hobby.

Meanwhile I’ve seen the content popup in several Middle Eastern and Asian 777 carriers, as well as a certain Australian 787 operator …

I’ve spent the past several weeks combing through, reviewing the content and removing identifying references to my own (or any) airline. That said – the essence of this document is my voice to our pilots and instructors, so I hope you find the content speaks to you as well.

I’m always looking for topics of interest to research and write about – the section of on Cold Temperatures Corrections came after a particularly interesting query from Air France. So if you have any suggestions for content, please get in contact.

Many of my posts on Infinidim become content in the Procedures and Techniques Document (and vice versa). Examples of this include: