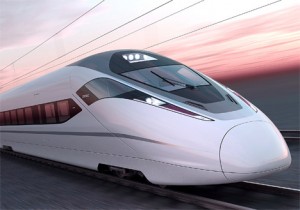 Meetings are like … Trains. Or at least, a Train Journey with a group of people. You all pretty much all get on at the same point, although occasionally some come late to the party (even if they got on at the same station as you). Conversely, you all pretty much get off at the same point at the end – although usually to splinter off into different directions in small groups, or as individuals – your direction and task often determined by the outcome (or lack thereof) of the meeting. Sometimes though, the journey continues, although with a much smaller contingent than at the beginning.

Like Train Journeys, some of the best meetings begin well before stepping into the vehicle. They are the result of some pre-coordination and communication all intended to agree on the destination, and occasionally the routing. What you need to bring to the meeting. A list of who will be there. Fixed timings to ensure your train journey fits in with your day. Whether snacks will be required, or whether catering is to be provided (and by who, and who pays). Seating is rarely discussed and just sort of worked out when you get there – like a train journey. Access to network and electricity is unlikely. Just like a train journey.

A good meeting is the result of a clear agenda, communicated well in advance, with the materials of success provided to each participant in the form of reading and other preparatory material. I’ve always found that one person putting in the effort ahead of time, maximises the efficiency of all involved.

A good meeting commences on time, finishes on time, and indulges in a brief round of personal chit chat at each end. While this may seem counter-intuitive – personal relationships are important and all involved in the meeting will engage more on a business level if they’ve had the opportunity to engage on a personal one. Except the aspy’s of course.

A good meeting is typified by participants who know why they are there, and why the meeting is taking place.

A good meeting includes minutes and results in action items. 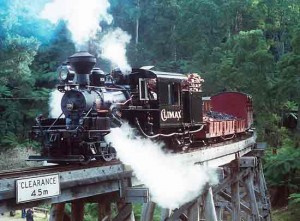 I recently attended a meeting that was more like a journey on Puffing Billy. While we all got on in the beginning and there was a clear sense of fun and frivolity – and purpose – as we made our way to the room, it quickly became apparent that in fact we were several disparate groups, with differing agendas (actually no real agenda, or at least nothing clearly defined), and this journey was going to go longer than anyone anticipated.

At times if felt like there was no clear purpose or direction. We just meandered along without any end in sight, as if the journey itself was the purpose of the meeting. Whether we were headed towards our destination, or back where we’d come from, or nowhere in particular at all – I couldn’t tell.

Then there were times where I could clearly tell which way we were going – the wrong way. And just like Puffing Billy – we couldn’t change direction, we were firmly stuck on the tracks back towards captured legacy, totally unable to break from the mold.

And of course there were those periods where it seemed we were clearly about to jump the rails and head down the side of the mountain, towards our doom. And a few times when I wish we could do so (damn those tracks).

And like Puffing Billy – All of a sudden we came to a halt, because we’d arrived. Whether you arrive at your destination, or the appointed time for your next journey, this meeting is over.