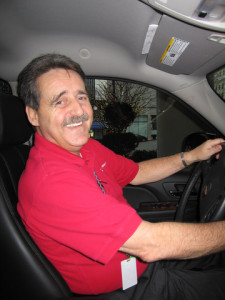 Part Six of the V Australia Boeing 777 Delivery Flight has me at Seattle Fairmont Olympic Hotel – (almost) the end of a very, very long day.

Despite that, of course it’s lunchtime in Geelong (the next day), so I’m exhausted but not ready (or able) to sleep. It’s 5pm here in Seattle and I’m about to head out for some fresh air and a bite to eat before I come back to finish some work and get some sleep. Free internet in the hotel room is a serious bonus – I hope we get the same in the Crew Hotel in LA when we launch.

I’m almost worldly now when it comes to the lower end of the airline market. The Alaska Airlines 737 flight LAX-SEA was by far the most comfortable trip in the last 30 hours. But that could be because I had the entire row, and the ones in front and behind me, free. They did a basic drinks service for free, alcohol was an extra cost.

I think there’s been a mistake though. The Fairmont Hotel is reportedly one of the best in Seattle.

At Seattle-Tacoma, I was met by a nice man in a Boeing T-Shirt (thanks Lisa from Boeing who organised my ride) who brought me to the Hotel. Service indeed. 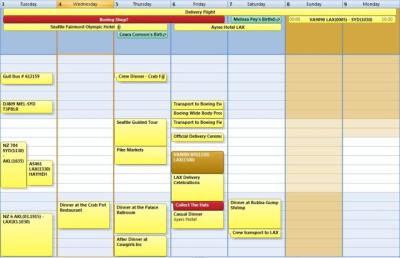 For now, my time is my own so I hope to explore Seattle a little bit. The bulk of the crew and trip winners arrive tomorrow afternoon so that gives me tomorrow in Seattle. The next few days is a hot and cold affair of packed first aircraft delivery events and free time.

I will take lots of pictures over the next few days, but only put a few of them in these blogs.