The latest instalment of the V Australia Boeing 777 Delivery Flight series takes us around Seattle – including the Boeing shop.

Today we saw Seattle – but mostly the Boeing Shop.

This morning we were collected at 9am by Boeing for a Seattle bus tour. Since I hadn’t managed to get to bed until extremely late (the pub with the piano accordionist booted us out at 2am and the evening didn’t end there), it was not easy getting up for it. Quite a few didn’t show, and many of those that did succumb to the odd nod off on the way. I can, however, report that the Fairmont Olympic Hotel in Seattle does an Eggs Benedict that is almost as good as Megs. 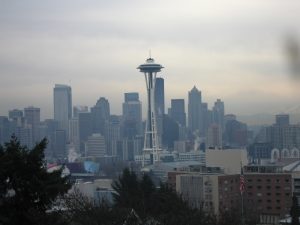 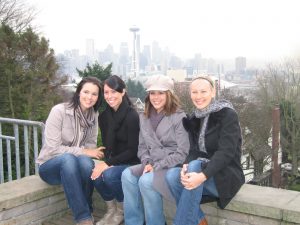 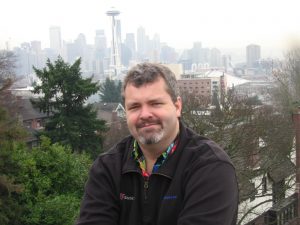 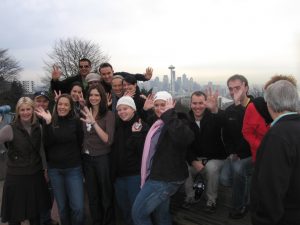 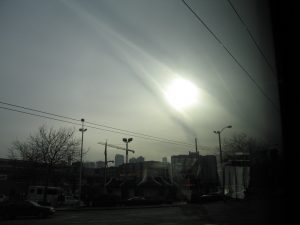 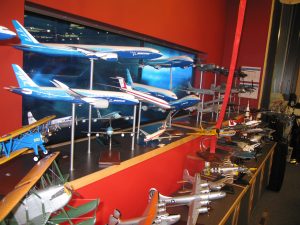 Seattle is a pretty place in which much of the architecture and housing reflects it’s colonial fishing village origin. Very green of course (lots and lots of rain apparently). Our tour guide was a veritable font of information, so much so that I can no longer remember anything she said. We stopped at several places before returning to the hotel to collect the morning’s stragglers (including the redoubtable Charisma) to head to the Boeing shop at Boeing Field.

While I was really looking forward to it, everyone else was like kids in a candy store. The Boeing staff took one look at us all piling into the shop and gave us 10% off on the spot. I shopped eclectically, but specifically purchase a Lego 787 for Griffin (11) who I’m hoping will let me play (er) build it with him.

Back to the Hotel, I met up with Dave Kienzle and we spent the afternoon reviewing the plans for the next day’s flight. I could not find adequate details on the parking at the Air Museum at LAX, and resorted to a google earth/map image of the area, including cutting and pasting a 747 from elsewhere on the airfield to see how tight things would be. We were still unsure about many details of the flight, including whether we were being towed onto stand or taxi in, and what marshallers would be available. Much of this stuff has been take-it-on-faith, which as you might understand does not lead to high comfort levels for pilots. Cabin crew, on the other hand, take this kind of thing in stride and deal with what comes. Probably a lesson in there.

This evening is the 100 guest (not so) formal ball with Sir Richard and other veeps. I hope to be packed and ready to leave the hotel before the event, because it’s bound to go late and tomorrow’s pickup is 8am.