Perses, thy name is Ken …

At some point over the last few years, I have apparently encountered Perses, the ancient Greek God of destruction and have inherited his curse. Actually this is an imperfect syllogism, because while some of the things I touch these days certainly do turn to crap – they’re all basically computers. Unfortunately the Greeks seemed not to have had a God of Destruction and Chaos of Computer Hardware. I may nominate myself … 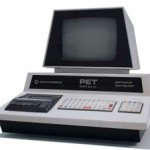 It was not always this way. My first computer – somewhere back in the early 80’s – was a Commodore Pet. It had a tape drive, filled half my desk, and came with almost no software at all. As fascinated as I was by it – if I wanted it to do anything at all, I had to write the programs. Because of my fascination – I did. I pummelled away at this thing day after day, night after night. A family friend bought me a book and I learned how to program in BASIC. A few months later that became limiting, so I investigated the memory map of the Pet to expand my repertoire. That inevitable lead to programming in machine code. Eventually I pulled the machine apart, but not before I had moved on my second computer. 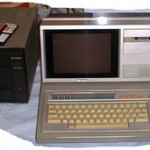 By this time I was working part time in a flying school where I commenced my second encounter with studied obsolescence, the Sharp Mz-80B. This graduated me to floppy disk drives (the 5¼ inch kind, not the 3½ inch size we eschew now). Still programming in BASIC I was now developing software for a business – transaction processing, accounting, aircraft maintenance tracking, student training records – a heady experience for a teenager of stand alone, single use software development, one that I was destined to repeat again and again over subsequent years.

The Commodore Pet was launched prior to the ubiquitous IBM PC, whereas the Mz-80B was launched as a reaction to it.  Like many machines of it’s ilk – including the various Apple machines – it was all but destroyed in the open source developmental stampede that was to become the IBM PC compatible series. After my initial dalliance in IT obscurity, I progressed through the x86 PC Compatible series during subsequent years – beginning with the original IBM PC itself through various clones (who had the money in those days for the real thing?) with 286, 386, 486-DX, Pentium I/II/III/4.

By the time I reached the Pentium 4 I was flying for Emirates, living in Dubai. My spare time was filled with building machines for myself and others, ranging from the basic word processing machine (not as much e-mail/browsing in those days) through to top of the line machines – a few for gaming, but mostly for those who had to have the best of the best so they could … e-mail and browse on it.

I dabbled with various cutting edge technologies (read: latest unreliable obscure fads) ranging from over clocked processors, RAM and video cards; fast /wide SCSI; power line networking; early AGP video cards; you name it. I turned my own machine around generally every six months, passing it on as I upgraded components and at times replaced the entire machine. I regularly read my way through Byte magazine, and later Boot magazine.

The point of this diatribe is – for a long time I knew what I was doing with hardware. In parallel I’ve also spent a lot of time developing software. Most of this development work has been tied to one database or another – whether it was the DOS based Advanced Revelation (which I still have very fond memories of), DBASE II/III/IV, all versions of Microsoft Access and a few others. 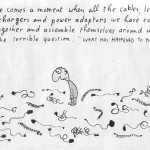 Does this sound like a Resume? You can tell I have a history of IT hardware by the conglomeration of esoteric cables in storage in my roof and by the fact that I remember what almost all of them do.

The End of the Beginning.

The beginnings of my hardware devolution were tied to the increasing time I spent with software. Most of this work was for Emirates, in one way or another. As I slipped behind the hardware technology that was driving the software I was developing, I would turn to my friend Steve. I remember one particularly frustrating afternoon where I spent literally 6 continuous hours tearing down, rebuilding, testing, and tearing down again a machine that would manifest a hardware fault about 80% of the time during a Windows 2000 install. I dropped the machine in to Steve, who returned it the next day, having removed an errant staple from the PCI slot. Unbelievable.

Sometime later, after several such incidents, Steve dropped in for a coffee and told my wife Meg that any time I was observed to be picking up a screw driver, or God forbid opening the case of a computer –  she was to call him. He would drop what he was doing, day or night and come over before any real damage could be done. He believe this was a more efficient use of his time than tidying up afterwards. That I would suggest was the death knell of  personal involvement with hardware. While I tended to restrict myself to upgrading my own machine, when the steam was rising from my ears and my blood pressure could be determined from direct visual observation of my carotid artery, Meg would call and Steve would come, at times saving both me and my machine from a glorious mutual destruction. 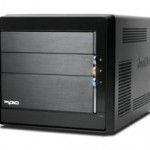 This brings me to my current desktop. As a gamer of old, despite the fact that I work exclusively off laptops now, I still keep a desktop capable of running some decent games. There has been something of a lull over the past two years as my job with V Australia kept me more on the ground and a whole lot busier – my casual 2am gaming after returning from a trip abated, although I’ve occasionally found the time for some casual gaming with my kids now that each have their own laptops. Until recently we would regularly indulge in some Battlefield, some Call of Duty or the odd round of Left For Dead. We use to play a lot of WarBirds, but once Lewis started to out fly me (at 14 yo) , the fun just wasn’t there …

But now my desktop is dead. Although only lovingly constructed (at least I assume it was, because having spent weeks determining the specs I got friends in Singapore to put it together – Steve, I’ve learnt my lesson) three years ago,  the motherboard is now fried. Being a Shuttle PC this means the case, power supply and motherboard are all throwaways. Consequently I’m knocking around with a hard drive, some ram a processer and other odds and sods, but no gaming computer. I won’t be replacing it anytime soon – my financials don’t currently support the level of investment required to replicate gaming performance.

How did this happen? Damned if I know. Last week I turned it on as I usually do and this one last time got very little in return for that investment of kinetic energy. Just the continuous orange light of death on the front. Somewhere along the way the motherboard absorbed too many electrons for its own good, as evidenced by some warped capacitors along one edge. 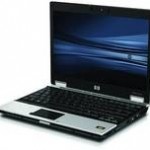 Six weeks ago I pressed the power button on my corporate laptop – a 6 month old HP Elitebook – to receive the same response. Since it was the company’s machine, I took it into IT support. Two weeks later – and one visit from the HP service rep – it was returned, with a newly replaced motherboard.

“Your motherboard was fried”, he said.

“Dunno – it just happens” he said. 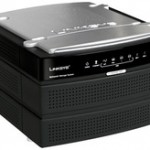 When I left Dubai I realised I would be downsizing in my own personal IT, largely as a result of more than halving my salary for the privilege of working in my home country. Before I left I purchased a Linksys NAS200 – a single box with 2×1 terrabyte SATA hard drives in a mirror array, sitting on my network router. In short this box allowed me to store and access material from any computer on my home network, and through the internet if I’m away from home – with the secure nature of two mirror-image drives should I suffer a hardware failure.

As I’ve moved through life my natural eclectic nature has resulted in collecting a substantial amount of information from those various airlines and airline departments with typically lax security. As it’s grown I’ve become quite protective of this information, hence the mirrored RAID array, which means my data is stored on two physically separate drives. I’m covered, I thought. Who knows, I might want to start my own airline one day, although probably in Second Life, rather than the real world.

And then one day almost 8 months ago I turned it on … you can guess the rest. The box had failed – but the drives were ok, and because I’d been smart and mirrored them, I had two copies of everything. Of course that’s when I found out that the box in fact runs Linux, with a particularly old and obscure version of the Linux file system that Windows never supported (or any other Linux file system for that matter) and neither will UBANTU, KNOPPIX or any of the other of the Linux systems I (or anyone I can find in Geelong) have to hand. I still have hopes of one day recovering my data. No virtual airline for me anytime in the near future though.

Most of the last Two Years 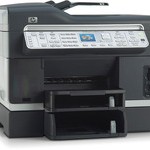 When I left the Middle East I used some of the frequent spender points I had accumulated to purchase a HP Wireless Scanner/Printer. With so many computers in the house (at last count there are 7, plus 4 iTouchs and two mobiles with wifi) I figured being able to connect and print to it wirelessly would be a real boon. Had I ever got it to work, I’m sure it would have been. I’ve banged my head against that damn printer for 18 months. I could never get it to reliably print wirelessly from my desktop sitting next to it – let alone ever print from any other computer in the house. My original choice has been vindicated in the end though – when I upgraded all our machines to Windows 7 – each and every one is printing wirelessly to the printer, with no effort at all.

I could go on, but won’t. I could talk about taking a bottle of half frozen water up to the bedroom one night, sitting it beside my bed and waking in the morning to find that condensation had killed by 4 month old Nokia e71 mobile, but I won’t. I’m starting to yearn for a simpler life without technology – perhaps a Mac?

Do you have any technology horror stories? Significant portions of your life spent beating yourself against technology? I’d love to hear them.

– My laptop is still with me, although with a new motherboard. When the motherboard was replaced, the strip of metal along the top of the keyboard that contains the power button and controls for sound, wifi, presentation, brightness etc – was damaged. Every now and then I can’t turn it on, or I can’t turn it off. However by this point we’re in a committed relationship now, so we’re persisting.

– I eventually found a friend who knew something about Linux (which quite frankly is too hard to find given the supposed “rising popularity” of the series of loosely cobbled together homebrew projects that is the Linux eco-system) who recovered all my data. The drives I re-used, the Linux Box is now a door stop in my son’s bedroom.