The Ferry Part 5 – Finally on our way to Belgrade 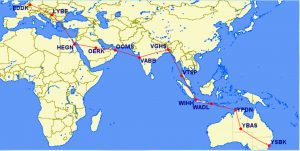 So after two+ weeks in Cologne, we finally set off today to our first overnight, which ended up being Belgrade, Serbia. The choice of our first stop came down to stopping somewhere just outside Europe (rather than pushing all the way to the Middle East on our first day) and avoiding the Earthquake region in Turkey. The rest of the route has been changed by the requirement to operate without HF, and the usual COVID restrictions and maximum leg length issues, etc.

But first … the COVID test. 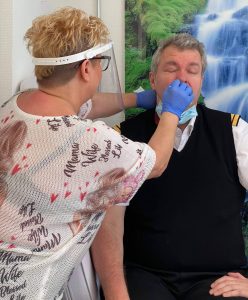 This was my first. It was as an eye-watering experience as I’d been given to expect. I swear I was cross-eyed for the first couple of minutes after the bud was extracted from the back of my throat, through my nose.

15 minutes or so later and we had a negative COVID test to take on our way. While we were confident of our caution as we negotiated Cologne, it was nice to have this confirmation that we were good to go.

Unfortunately our COVID test took place late in the morning and by the time we made it to the Airport, we were closer to a 15:30 departure rather than the planned 12:00. A last minute requirement for an engine run for engineering, some issues with headsets and other aspects of the plan had us pushing back on dusk for a night flight to Belgrade.

Like so many flights I’ve done over the years – once we got the aircraft moving, the stress and hassle fell away. In the end Flying is … Flying, and no amount of dial and switches and knows and indicators and gauges and buzzers and bells can change that. Not that British Aerospace didn’t try … 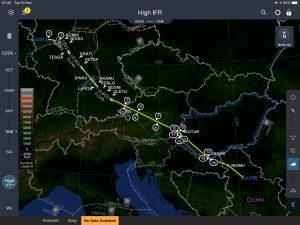 Tracking from Cologne, Germany through Central Europe to Belgrade took me through FIRs that I haven’t seen since my Emirates days. I can’t say the frequencies were familiar – but the names and accents, very much so.

We are capped at FL270 since the BAe146 is not RVSM compliant.

While approved for PBN, we had some issues finding some of the RNAV Departures and Arrivals in the GNSS computer. Other than that it was pretty smooth sailing, with the usual collation of small defects and discrepancies that you pick up along the way in an aircraft that has both come out of Maintenance, and not flown for quite some time.

But it was a magical night. 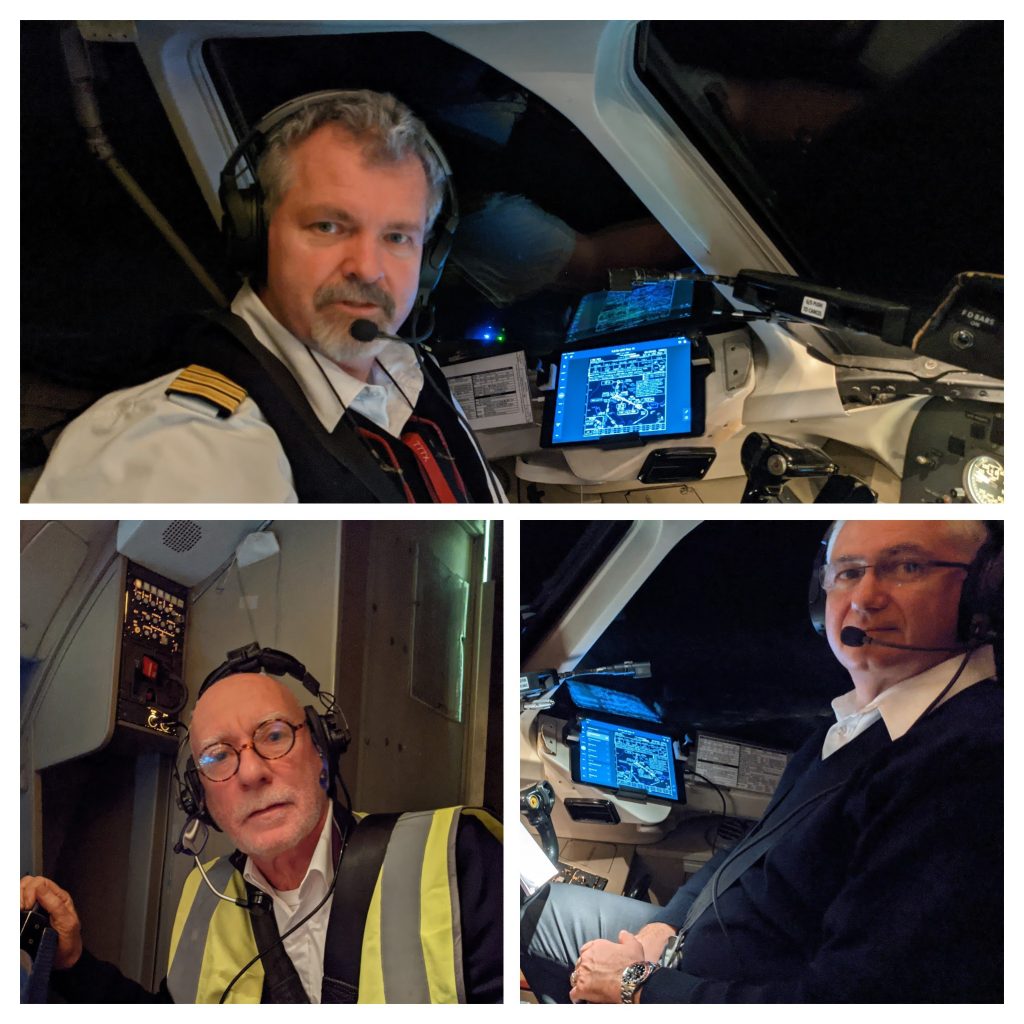 The arrival into Belgrade was direct to the IAF and down the ILS to Runway 12. A short taxi to a remote stand, then Ronnie the engineer was out the EE bay door in the flight deck and outside to start prepping the aircraft for overnight. Jacques and I waited for the stairs … such as they were. 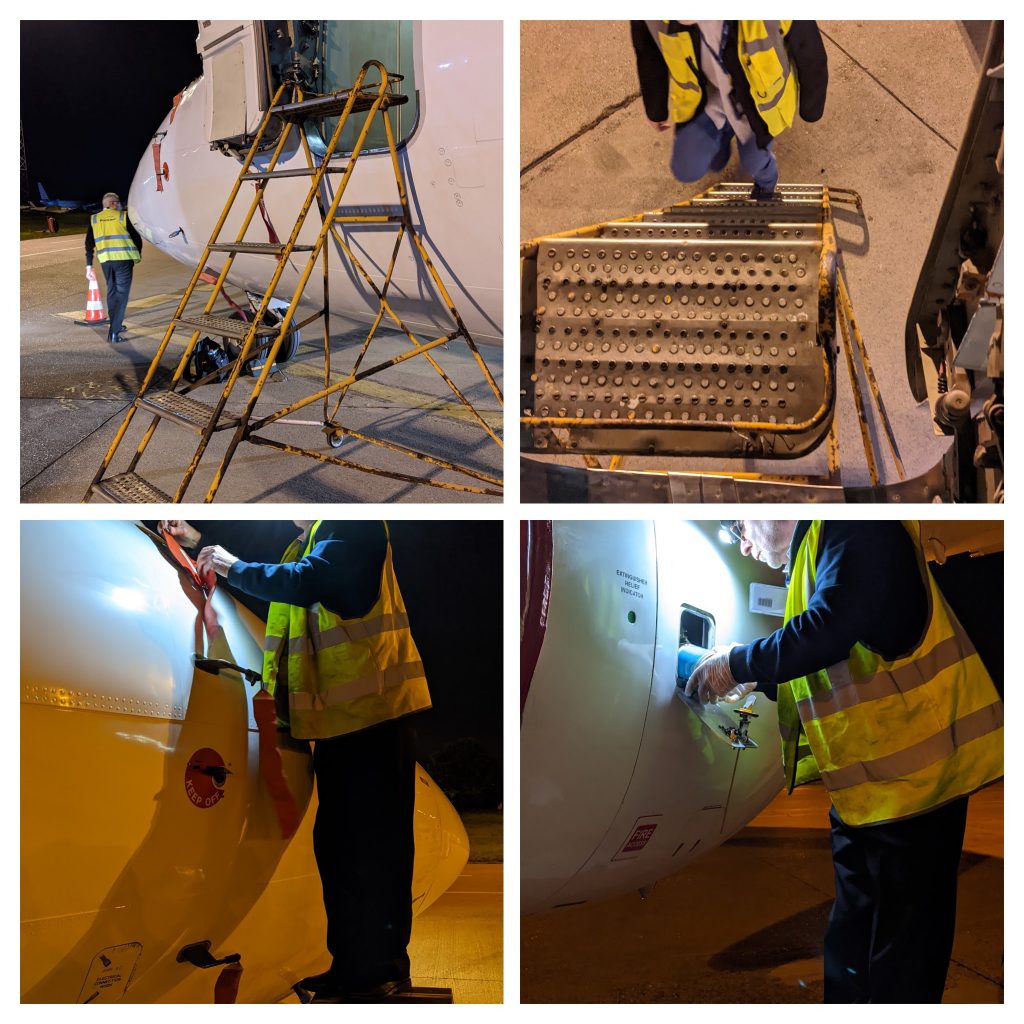 We decided to refuel on arrival. Tomorrow has turned into a monster day with an additional fuel stop in Riyadh, Saudi Arabia owing to unfavourable winds. Jacques supervised the refuelling to ensure the peculiar refuelling system in the BAe146 got as much fuel as possible in tanks. 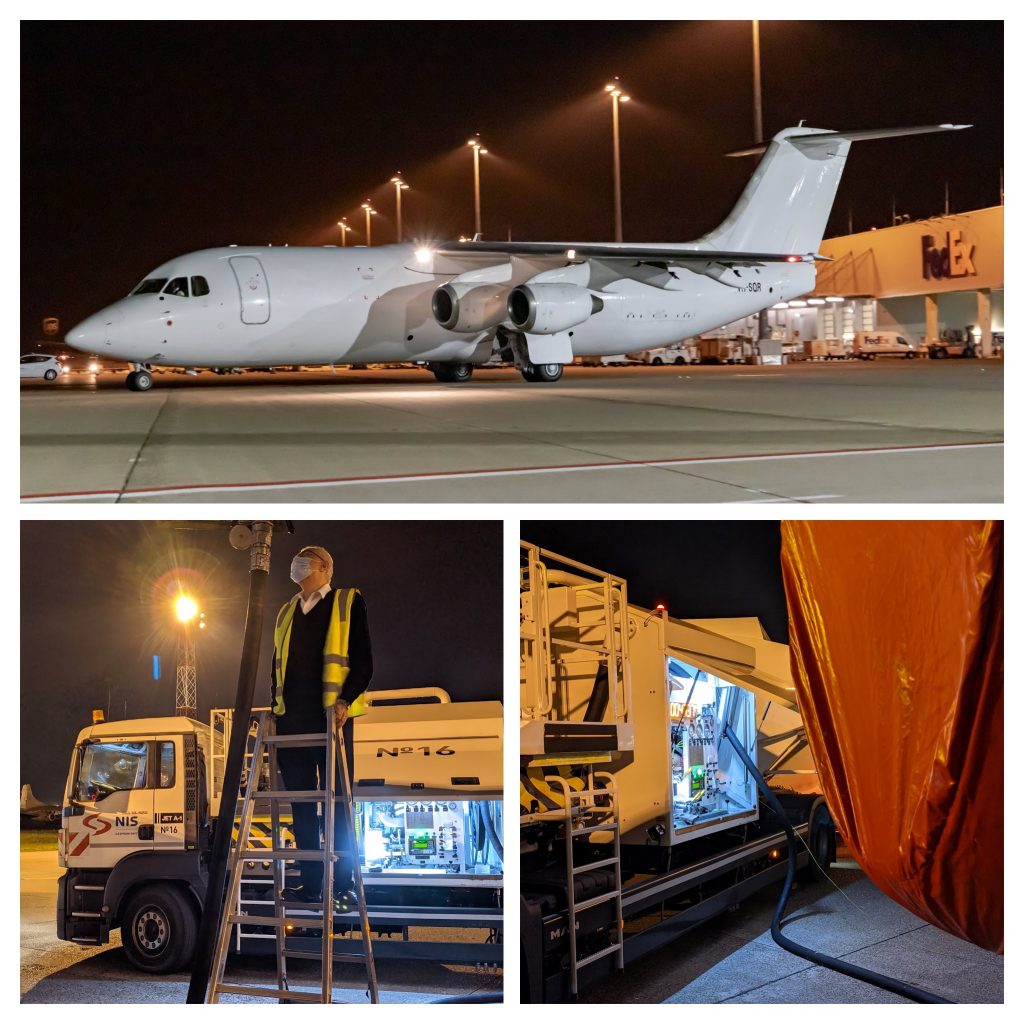 For now I’m signing off from the Holiday Inn, Belgrade. Tomorrow we push back at 9AM for Hurghada-Egypt, Riyadh-Saudi Arabia, and Muscat-Oman. Until then … 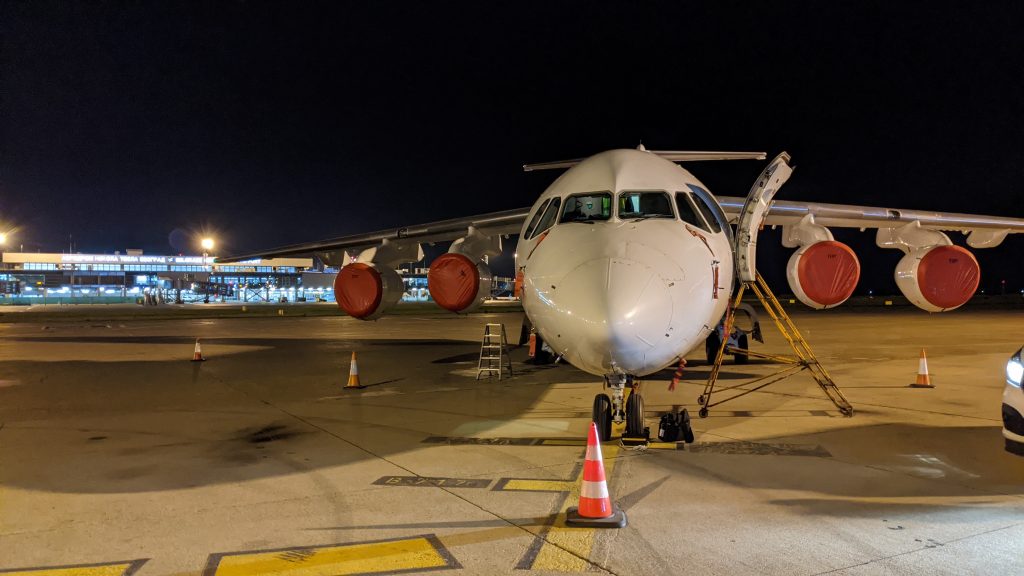