The Ferry Part 4 – The Test Flight 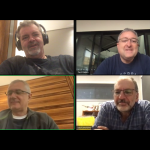 After a week of our small but dedicated group working towards the common goal – yesterday we flew our BAe146 for the first time in approximately 3 years. This is the last BAe146 to be delivered by WDL Cologne having operated a fleet of them over years. This was a flight of firsts (my first flight in a BAe146); and lasts – the last BAe146 out of WDL and possibly the last BAe146 landing into Cologne.

As suspected (expected) the ground component before took about twice as long as the 67 minute flight. Quite apart from the extensive normal operations pre-flight checks – the test profile required us to start all four engines and run some tests, before shutting down again for the normal push/start sequence. 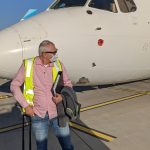 It’s been 3 weeks since I touched the sim and as I suspected – it did not all come flooding back. Fortunately my basic flying skills did not completely dessert me, but my long suffering co-pilot (the actual Captain Jacques) worked like a one-armed paper hanger dealing the issues of the flight itself (including some curly ones thrown at us by the aircraft itself); progressing through test profile; listening and responding to (German) ATC; talking to Ronnie our Engineer; and above all, keeping us safe.

Ernst Gann once wrote that in an unguarded moment all pilots will readily admit they are significnatly overpaid for doing what they love to do ; but that also there are moments, just moments, where they’d be willing to hand it all back to be somewhere else. Jacques certainly earned his pay on this flight.

Cologne turned on a brilliant day for us. The morning commenced with cloud cover that gradually receded until we were left with blue skies all around and excellent visibility. While we had a flight plan that formed a triangle around this part of Germany, in the end we accepted radar vectors. The flight test included:

For an aircraft that hasn’t flown for 3 years and has recently come through a major C check, VH-SQR flew well. There were a few annoying snags associated with internal and extenal communcations, a faulty engine guage and a few other snags WDL will sort on Monday. 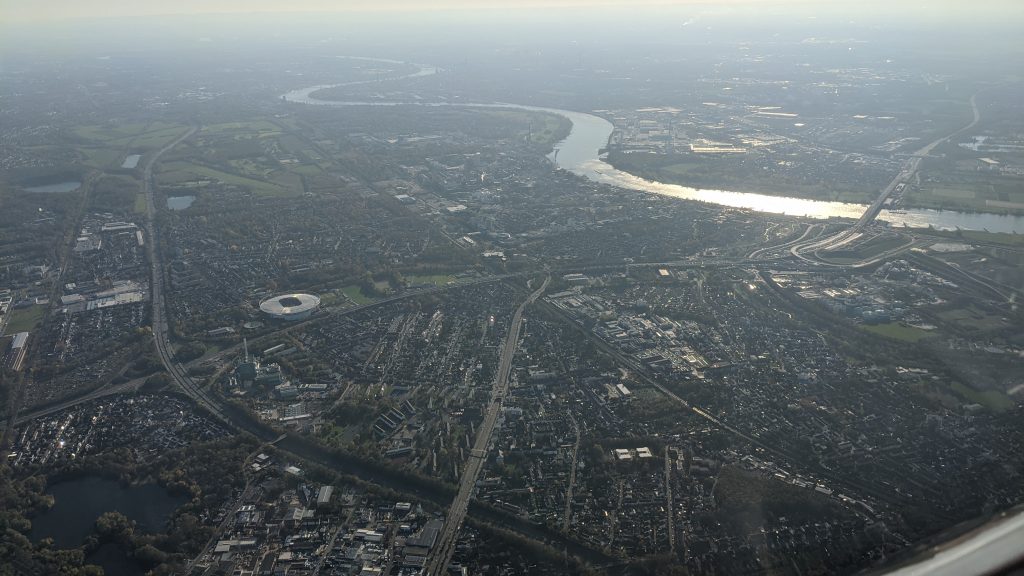 As busy as Jacques was – as the Pilot Flying I think I looked out the side window just the once to see Cologne. Next time I plan to actually enjoy the experience a little more!

Contrary to popular belief/expectation, we were not trying to draw “the finger” across the skies of Germany. 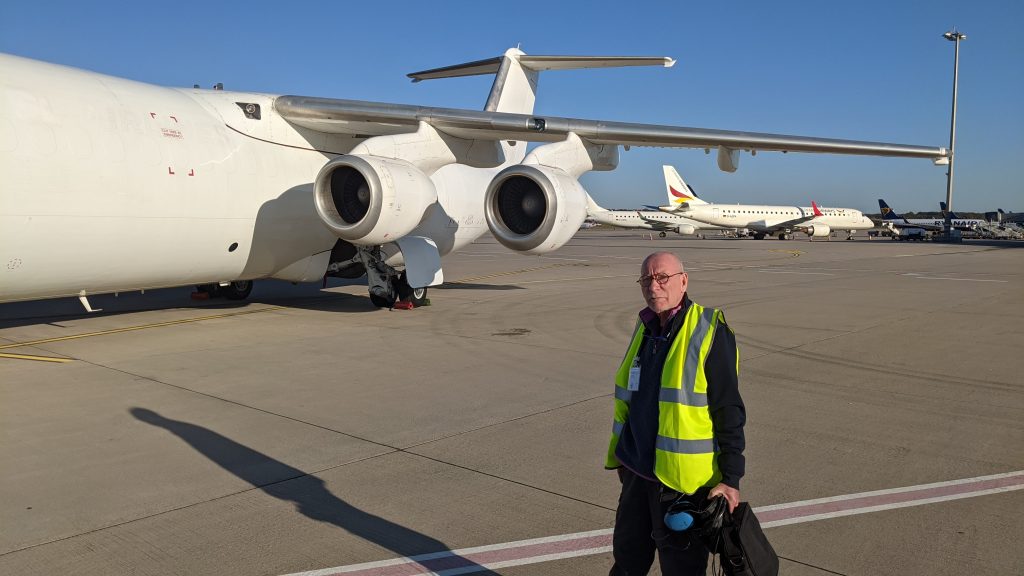 Ronnie filmed from the jumpseat. Mainly focussed on the engine instruments, he captured my first landing for me – Thanks Ronnie!

The current version of the plan hopes to see us heading of Wednesday in an aircraft with the snags fixed and HF functional. Watch this space …