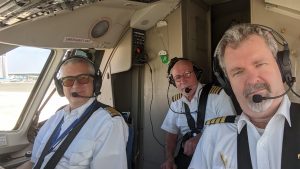 Once again we foray forth into the wild blue yonder on our sojourn to place our beast of burden in it’s new home in Australia. Yes, I’ve been reading Fate is the Hunter again. I can’t imagine a time where I won’t return to that book and enjoy re-re-reading it.

Our departure from Muscat, delayed because of our late night arrival into OOMS that saw us in bed after 1AM (thanks again, Riyahd, for that). Another Seven Series BMW ride and then the hot work of preparing the aircraft for flight. While I’m getting quicker at the pre-flight stuff finally, I don’t know how we’d get airborne without Ronnie who runs around the inside and the outside supervising everyone (including us) to move towards departure. 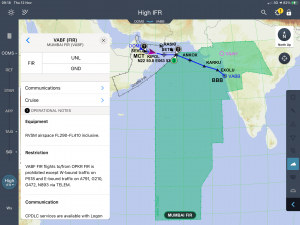 Departure from Muscat was uneventful, but the 12 years of UAE to Mumbai memories from over a decade ago prooved founded as we found ourselves out of contact with anyone for a while without HF.

Muscat couldn’t comprehend our request for a VHF frequency, and the old standby of calling out into the aether on 121.5 and 123.45 for a relay to Mumbai went unheeded in the COVID induced aircraft bereft world.

Eventually we contacted a Qatari aircraft with a french accent who relayed our position to Mumbai just as left Oceanic and entered Mumbai’s airspace, and ensured our arrival into Indian airspace wasn’t a complete surprise to all concerned, international flight plan notwithstanding. 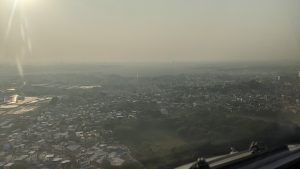 The arrival into Mumbai was the typical round the houses vectoring, downwind at 11,000 ft until we’d reached a 30 mile final on the ILS. Then speed control to keep us clear of the one other aircraft we could hear, and we were down on Mumbai’s strip of judder-bars (that one for the Kiwi’s) called Runway 27.

There was not a cloud in the sky and visiblity at 11,000 ft was superb. On the approach however we were down to a couple of km’s in the smog. 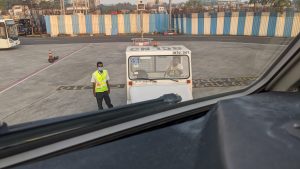 We were told that we must carry a towbar in the aircraft. The BAe146 is a “little unusual” when it comes to towbars (and practically everything else) and so this sensible precaution is a requirement when transitting unfamiliar ports. That said, our towbar is a good 150kg as stored in it’s box in the hold and comes in two parts. Getting it out and back in the hold before and after push is a monster effort, particularly in the heat. The second half occurs while we block the taxi way for all other aircraft as we delay engine start until all personnel loading the tow bar back in are safely clear.

However everywhere we have been is a major airport – so there’s always a tug, a towbar, a lifter tug, or some way of propelling our little 4 engine Squirrel around during the start. 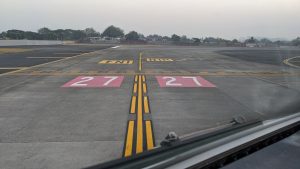 And then there’s Mumbai.

They insisted on using our towbar. Also – unlike any other airport we’ve been to – they couldn’t find stairs for the aircraft either. Seriously, nothing seems to have changed here since my first trip in 1996 when I observed to my training Captain on my first BOM turn “Look at all those little dogs running round the rubbish near the terminal” and he fixed first the “dogs” and then me with sardonic, knowing stare and said “They’re not dogs son, they’re Rats. Your walkaround.”

Once again thanks to Ronnie’s supervision we achieved pushback with our own towbar, got it stowed away and then started and departed from Mumbai.

The dusk departure was followed by a night trip across India, which many of you will remember is quite magical. India is large country with very large population centers – lots of lights shining up into the sky. 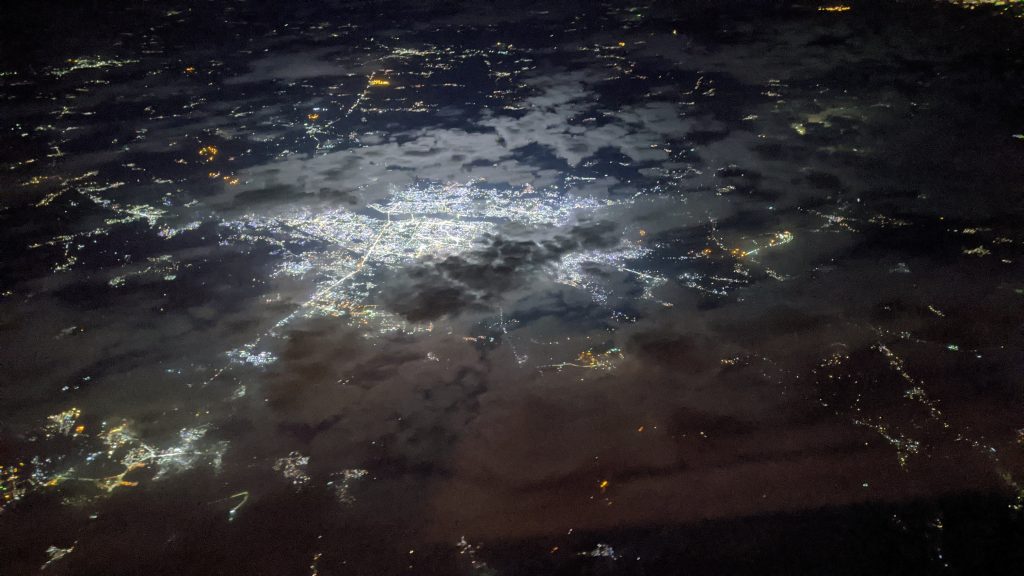 The weather was kind to us and we were treated to a seas of stars below us as we transitted India proper. Nagpur, Calcutta, and other callsigns came back to me as we eventually made contact with Dhaka control and commenced descent for an ILS and landing on RW32. 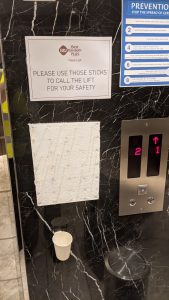 Once again we are parked nose in with not a lot of room to turn and drive out – but that’s tomorrow’s problem. Dhaka terminal – like all terminals at the moment – is way emptier than I remember it (save the mosquitos – they’re all still there) but the COVID touches everywhere – including a board full of toothpicks for lift button selection – are a jarring reminder of the backdrop to our lives at the moment.

We are off to the Best Western Airport Hotel. Just the name inspires memories of hotels and motels in small country towns across Victoria when I used to do Aerial Survey in a Cessna 320 (and Cessna 207), night stopping in all sorts of interesting places.

Tomorrow we are off to Phuket (for fuel, but if ever the plane was going to break down surely it’s in Phuket) and onto Jakarta(ish). I honestly can’t rember at this point if that’s a night stop or just another flying visit of the giant, white SQuiRrel. 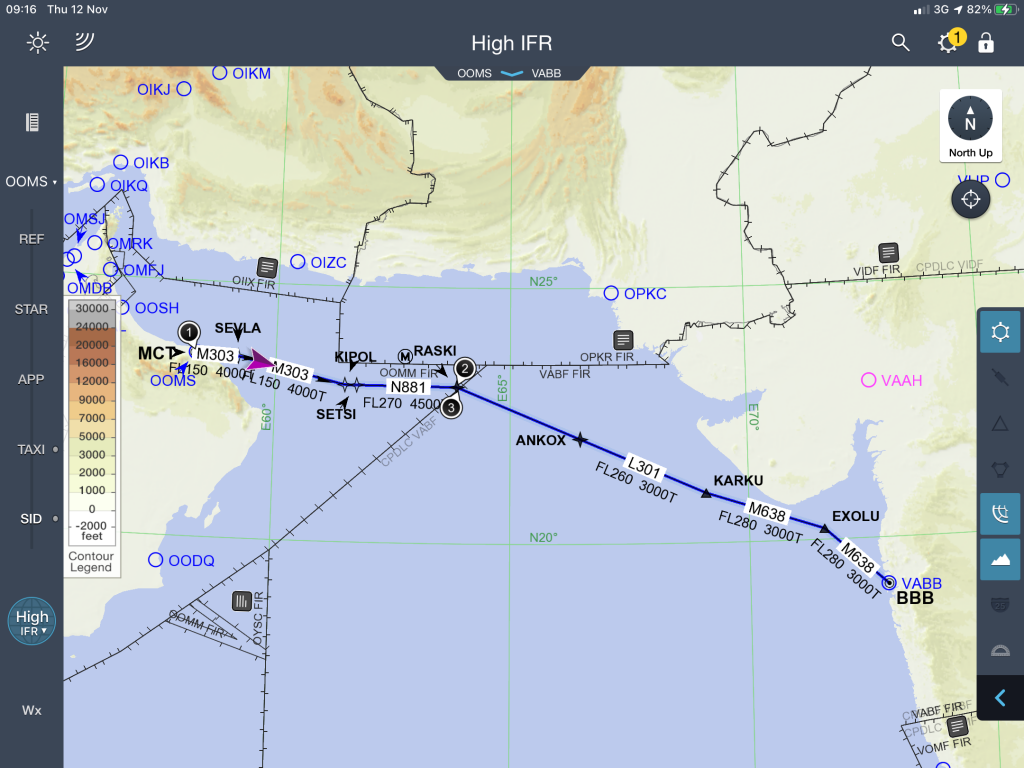 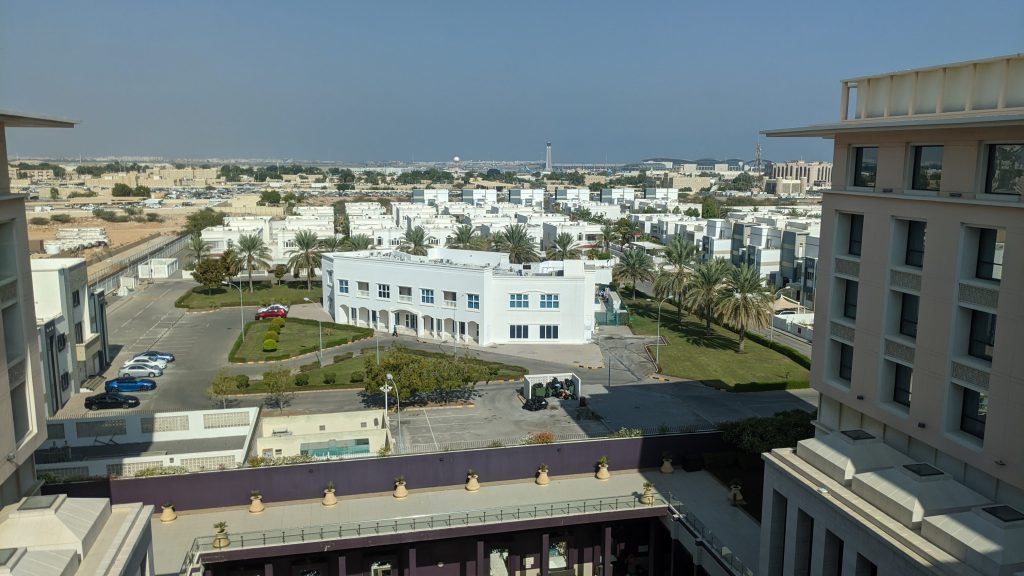 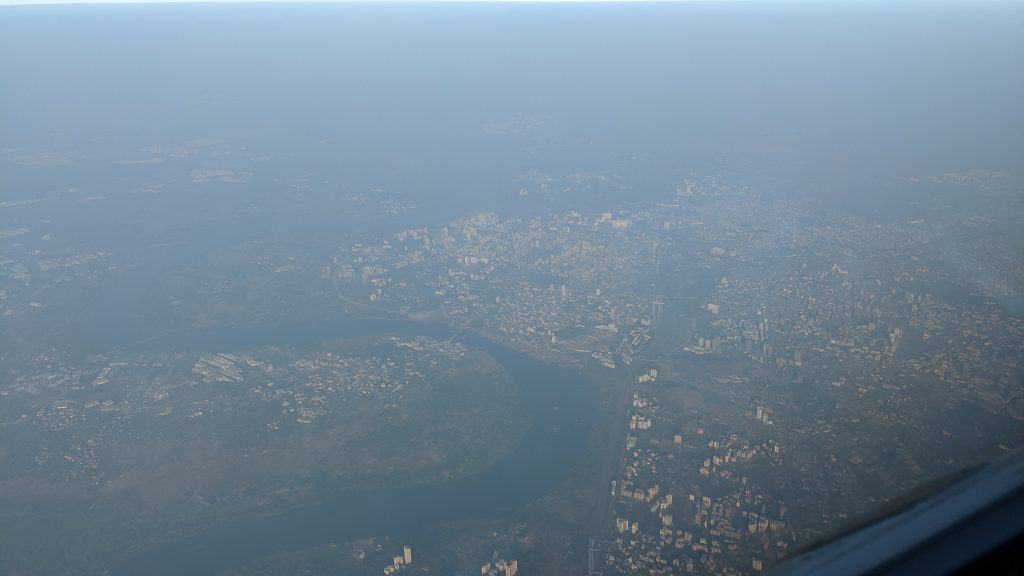 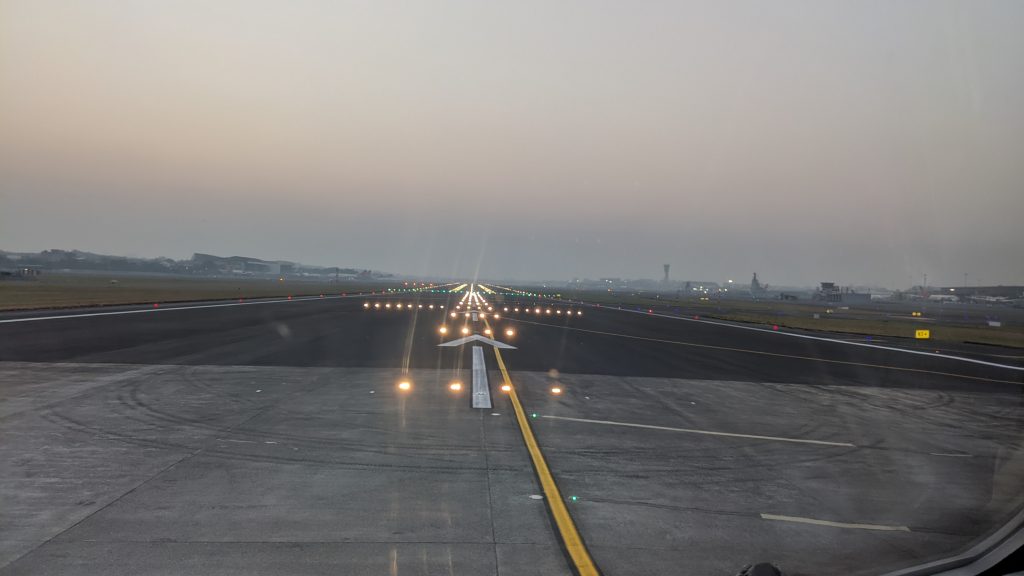 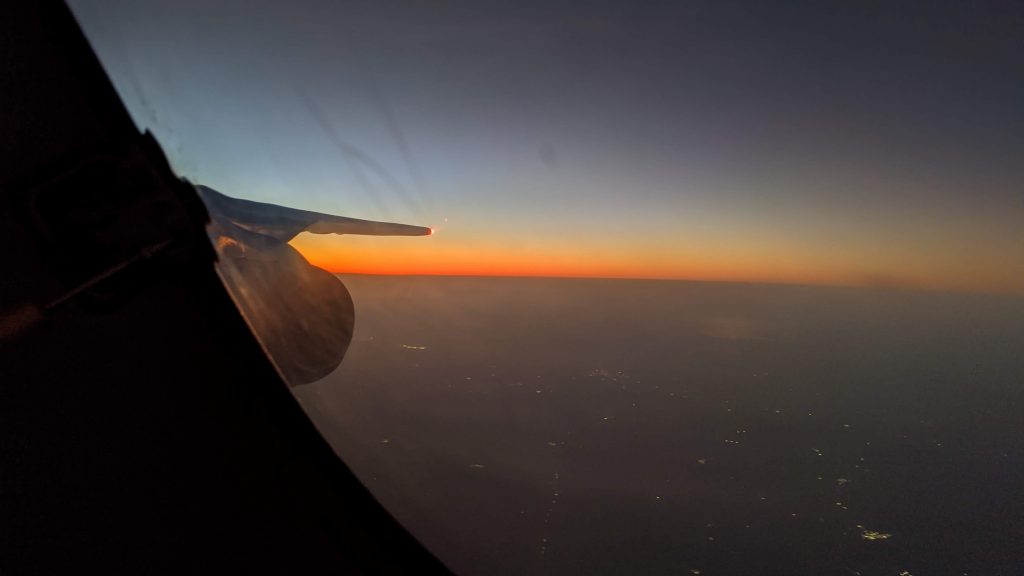 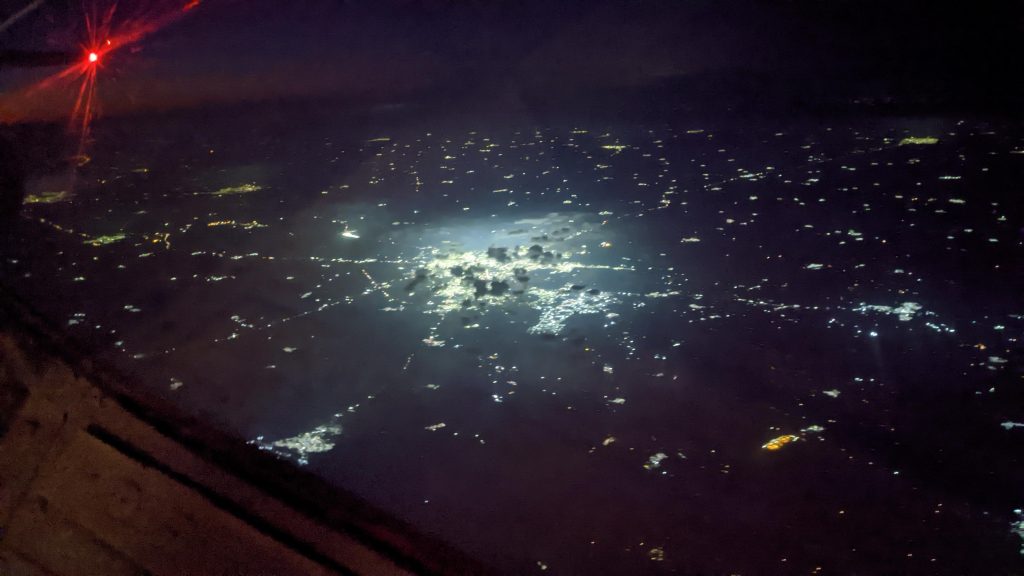 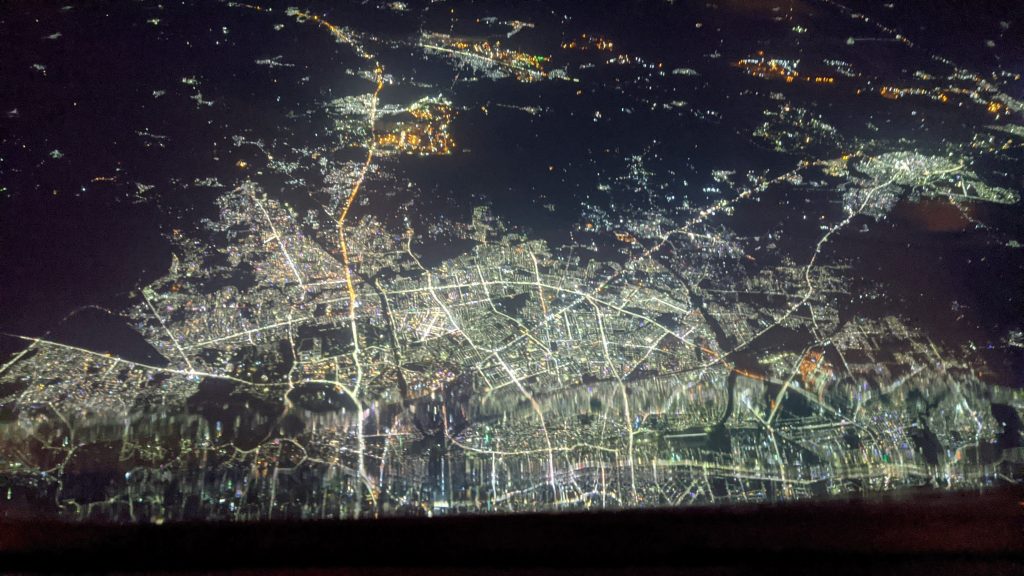