Depending on your version of the plan, we are now anywhere from 2 to 5 days late. But hey – that’s what plans are for – to let you know what you’ve deviated from when things actually happen. Otherwise we’re in a world without reference and that’s just insanity. Rumour has it the last crew were on location for 6 weeks before they set sail. Germany goes into Lockdown on Monday so I’m ready to head off, quite frankly.

So far all the items that have held us back have been resolved save the HF. At this point we are launching to Australia on Monday without HF radio. That promises to be interesting.

Regarding the Ferry – our first stop (and night stop) was recently re-planned as Ismir airport (LTBJ) in Turkey. Recent events would appear to suggest an alternate plan. We are waiting to see what will be our first stop – hopefully somewhere not devastated by an earthquake/tsunami.

But … onto the Test Flight 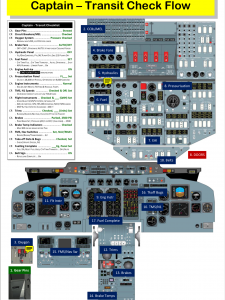 We have a test profile from WDL, broadly based on that provided by BAe to aircraft coming out of heavy maintenance. Several of us have reviewed and made changes (there’s room here for something about a camel and a committee) but Jacques and I are pretty happy with it. Years ago I did a few certification test flights on the 777 which involved rejected takeoff’s; engine shutdowns in flight; and depressurising at altitude. None of that will be happening here. 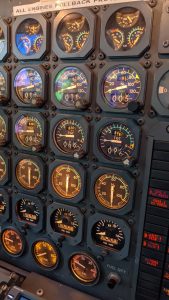 The basic operation of the BAe146 requires an extensive series of ground tests that must take place before power on; more before APU/GPU; and even more after. Conservatively these checks take about 7 hours of pre-flight time in my experience (experienced FO’s get it done in about 7 minutes). So even before we get going – normal ops have completed a host of test flight activities.

We’ll be checking additional items on the ground; followed by max power standing start takeoff with all the engine numbers taken down before we go. During the takeoff we’ll be timing gear retraction, flap retraction and other normal activities – the test profile has limitations on how long these should take. We’ll climb up to FL240 (24,000 ft) for some system tests (Flight Instruments, Air Conditioning, Fuel System, Cabin Door Seals, Aircraft Trim in all three axis). We then descend to FL130 for some Gear and Flat extension and retraction before heading back for a Landing into Cologne. After landing there are a few more system tests – and we’re done.

Hopefully it will be a clean flight with no defects. The aircraft can rest up Sunday and we’ll launch Monday after our COVID test.