I was asked recently to write for an internal newsletter to provide some Boeing 777 specific information to non-777 pilots on the role of the 777 Autopilot Flight Director System (AFDS) and Autothrottle in the Asiana 214 accident. The following article is based on that contribution. 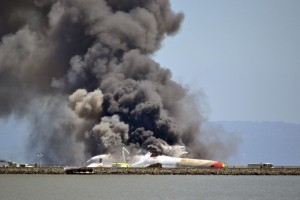 With the publication of the Asiana 214 NTSB Final Report, this article seeks to provide some background to the particular features of the Boeing 777 AFDS that were factors in this tragic accident. Like most accidents, the lessons learned from it are not new to world’s 777 Training/Standards Departments or the pilots flying Boeing 777s – but serve to remind us of the limitations of our aircraft as well as to re-focus the priorities of a number of operators onto re-examining basic AFDS mode awareness and to review the conduct of visual approaches and visual approach procedures in general.

Note : This article makes no attempt at accident analysis nor does it delve into procedural, systemic or the human factors elements involved in Asiana 214.

A wider viewpoint of the issues associated with modern glass flight decks and the associated automation can be found in the FAA Operational Use of Flight Path Management Systems on September 2013, any update to the previous first look at Automation and glass flight decks of 1996 – this is well worth your time. I also recommend Automation Airmanship : Nine Principles for Operating Glass Cockpit Aircraft.

The Aviation Herald or Wikipedia entries give a good summary to the accident itself, but to summarise some pertinent points: 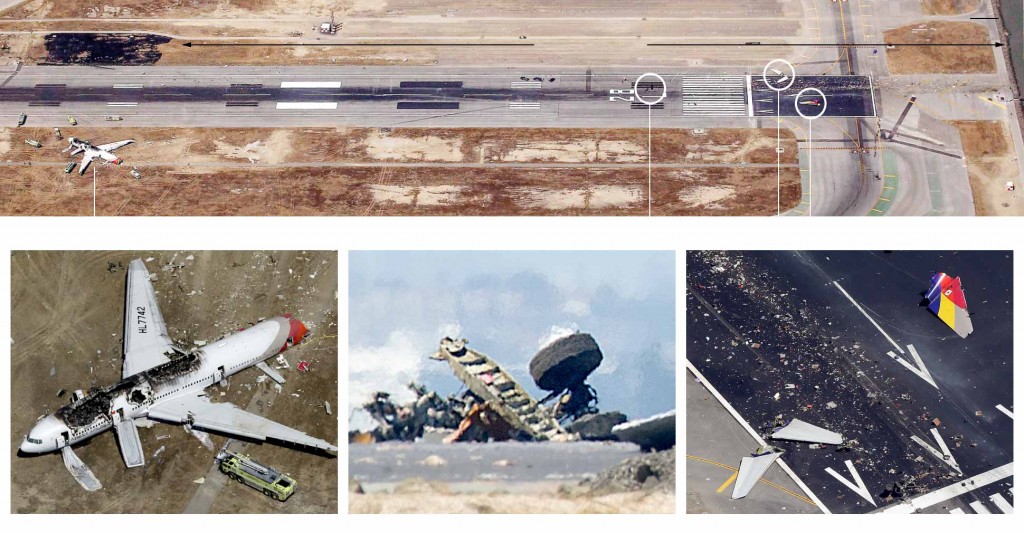 First some background on the Boeing 777 Autothrottle, and Autopilot Flight Director System (AFDS)

The Autothrottle HOLD mode engages for a Flight Level Change descent when the required thrust setting has been achieved (whether idle or something above idle), and remains in HOLD until the altitude change is complete. In HOLD mode the Autothrottle will not resist pilot changes through the Thrust Levers, and the pilot can vary the thrust to change the rate of descent – this technique can be used to produce a constant descent arrival with better speed control that is available with Vertical Speed.

While typically HOLD mode is only relevant/available on descent; for Flight Level Change climbs the Autothrottle reverts to HOLD mode if the PF overrides the Autothrottle through the thrust levers, such as occurred in Asiana 214. This is a rare occurrence since Flight Level Change climbs rarely include any pilot modifications of thrust through the Thrust Levers. But a basic element of the 777 Autothrottle system is poorly understood is that when a climb/descent mode is commanding a fixed thrust setting (THR or IDLE) and the PF overrides the setting by pushing on the levers – the Autothrottle reverts to HOLD, allowing the PF to set the desired thrust (why else would you be overriding it?)

For the 777 (and I presume most aircraft) – Flight Level Change is not an appropriate mode for final approach. It offers almost no path protection – and only then if the current safety altitude is set into the MCP altitude selector. There have been a few notable occurrences of inappropriate use of Flight Level Change on approach – including the incident into Melbourne Airport in 2007 which resulted in a GPWS activation on (not so) short final.

For a visual approach, when the aircraft is to be flown manually without relevant/useful AFDS lateral/pitch modes – Boeing procedure is to cycle both Flight Directors OFF; and then set the PM Flight Director (only) back to ON. It’s crucial to achieve a point during this procedure where both FDs are OFF. When the Flight Director system is selected OFF with Autothrottle still engaged – irrespective of what modes were active prior to this – the Autothrottle engages in SPD mode. This means that during any subsequent maneuvering – Climb, Level Flight, Descent – the Autothrottle will protect MCP selected airspeed as best it can. This was not achieved during Asiana 214’s approach, even though the PFs Flight Director was switched OFF on the approach.

This accident therefore begs the question as to how a modern airliner can find itself placed in this situation. Surely there are layers of speed protection? 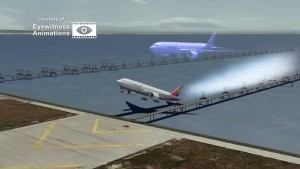 Whether or not you fly a 777 or a Boeing, the Asiana accident contains some fundamental failures that prevail after 20 years of glass/automation flight operations. None of our aircraft are perfect – what are the automation pitfalls on your flight deck – and how can you cover them off to maintain safe flight operations?