As a second officer in the B747-400 in the early 90’s, my exposure to Low Visibility Operations (LVOPS) or LWMO as Cathay called it then (Low Weather Minima Operations) was pretty minimal. Thus my first real exposure to racing down a runway at 300kph in 75m visibility Fog – or someone calling “LANDING!” on approach at 15 feet above the runway in 125m of visibility (one light) – was in the Airbus 310 in 1996 with Emirates. Upon reflection after the session, I decided LVOPS in this context was about as close to “two small boys whistling in the dark woods late at night” as I’d so far experienced in aviation, and that includes flying a Cessna 320 at 29,000 feet at maximum thrust to achieve blue line speed on passive oxygen, flying a Navajo over trainee naval personnel learning to fire very large shells up and behind the aircraft, and basically just flying the Metro III, anywhere, anytime.

The following training video covers most aspects of LVOPS in the Boeing 777. There are many specifics which will be different in your organisations – the minima, the specific procedures, the checklists, etc. Most things I think we do well, some we could do better for various reasons. But hopefully this video will give you a good overview, and I’ve tried to inject into it my experience of nearly 20 years of LVOPS in the B777.

In case they’re useful – some of the charts and tables I’ve used over the years are below the video as images. You WILL need to build your own – but if you’d like the Word Document these came from, let me know. 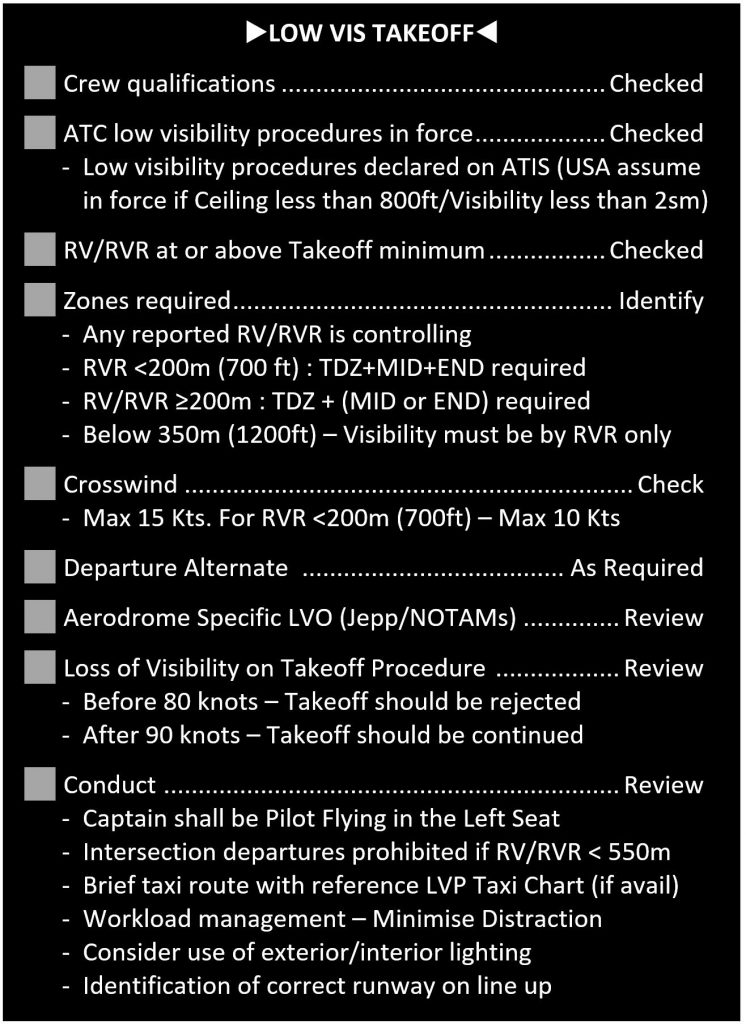 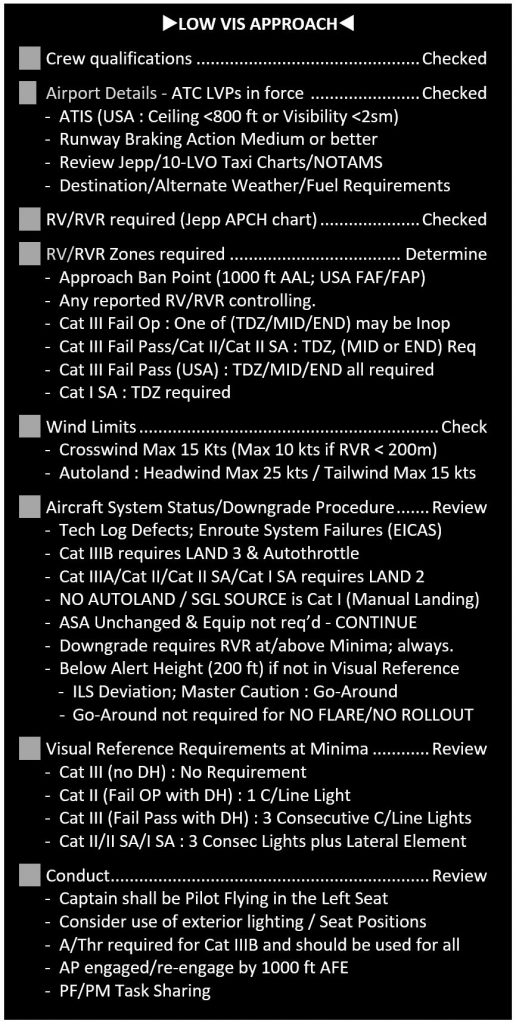