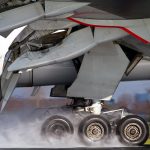 The Flaps (as opposed to Slats) are high lift, trailing edge devices designed to increase the lift on a wing that’s designed for high speed / high altitude flight, not this low speed lifting 350 tons off the ground manoeuvre that we insist on performing at the beginning of every flight.

Sometimes they fail and one of the possible failures is a FLAPS DRIVE message that leaves them stuck in the current position. When you run the Non Normal (NNM) checklist – the question is asked of the crew; what position are they in? This should be a simple question …

Practices & Techniques : FLAPS DRIVE – Where are the Flaps? 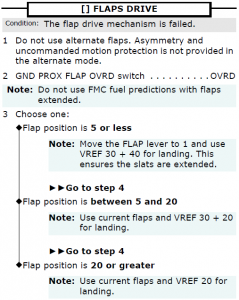 In the event of a FLAPS DRIVE failure, the checklist asks the crew to confirm the position of the Flaps. This sounds simple, but can be made complex by the situation … and the crew …

Flaps Drive is the response of the FSEU to either a failure of the flap extension system – or the detection of flap asymmetry. Typically the FSEU doesn’t act to prevent the commencement of an asymmetry – it acts to contain the increase of a detected asymmetric condition. Asymmetry can be caused by either:

When asked to look at the position of the Flaps, crew have several things they could consider: 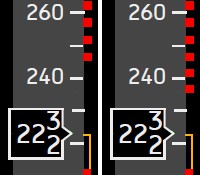 Question : Which indicated speed limit should you respect?

Answer : Both of them, of course.

Scenario :  Takeoff at Flap 15, Failure occurs during retraction to Flap 5. Where are the Flaps? 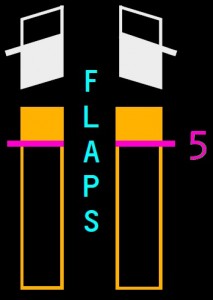 A good look at the expanded Flap Indicator gives the information required.

Magenta “5” indicates the commanded flap position by the flap lever is Flap 5 – the magenta colour indicates that the flaps are NOT at 5. If the flaps were detected at commanded position, the indication would be green. Amber indication reflects the existence of the current Flaps Drive failure. The Flaps aren’t going anywhere.

During takeoff, the Flap Lever was at 15, and now it’s at 5. Therefore the flaps are somewhere between 15 and 5. Unless …

If the failure was uncommanded movement – that is, the flaps were retracted to 5 and one of the flaps failed to respond to the command to stop moving – where would that flap be now? Would this flap position at less than 5 be indicated on the expanded display? Hmmm.

Finally – in this particular scenario, one of the PFD speed limits reflects 245 knots – Flaps 5; the other reflects a higher speed – Flaps something less than 5.

Solution :  The checklist doesn’t offer you Flap 5. It says “5 or less” and this is the correct response. Speed selected is based on Flaps Up and you’ll fly your approach with the excess speed associated with a midrange slats only extension.

The (probably) incorrect choice of “between 5 and 20” has you on approach assuming Flaps 5, which may be slightly slower than the minimum recommended speed – but it in all likelihood well within the margin of safety.